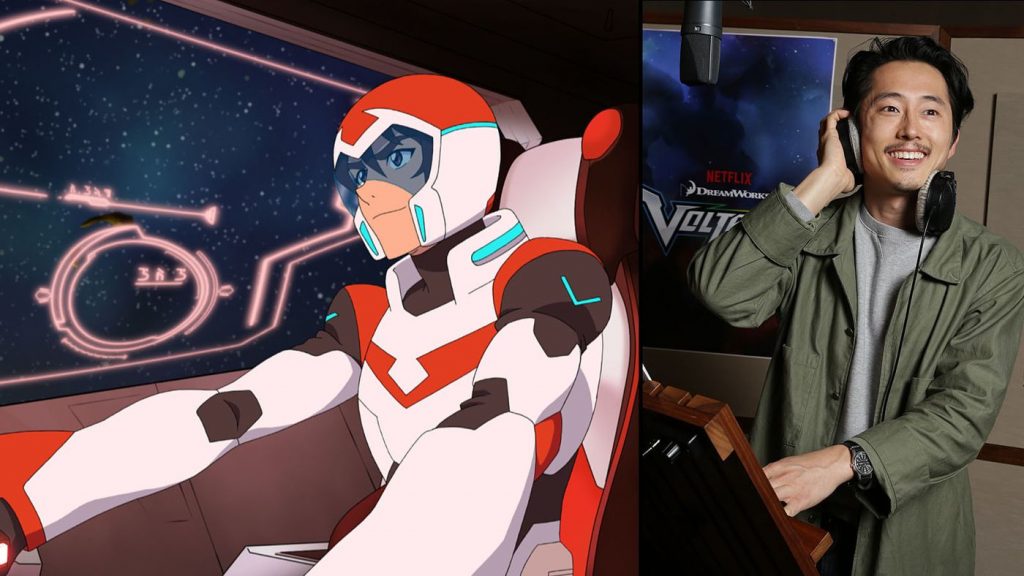 For actor Steven Yeun, he is best known for his portrayal of Glenn Rhee on the TV series, THE WALKING DEAD. However, within the past year, he has gained even more traction for his roles in SORRY TO BOTHER YOU and the highly praised South Korean mystery drama, BURNING. To add to an already flourishing resume, Yeun also has several voice acting credits to his name, and it’s his role as the voice of Keith in VOLTRON: LEGENDARY DEFENDER – Netflix’s reboot of the VOLTRON franchise – that is a particular standout, and is worth a closer look.

In VOLTRON, Keith goes on quite an in-depth journey of transformation and self discovery. He starts off as a hotheaded loner with a past that even he is not entirely aware of all the details of. As a result, he comes off as guarded and cold to his fellow Paladins initially. But overtime, he grows tremendously as a person; particularly in taking over as the pilot of the Black Lion (and ultimately becoming the leader of Voltron) and upon learning and coming to terms with the fact that he is part Galra; the species of aliens whose empire is the galaxy’s greatest threat.

Within recent time in the series, Keith is much more assured with himself. He has since embraced his Galra heritage and has become an admirable leader of Voltron. To hear Yeun bring such depth, vulnerability, and even humor to the character is a definite contributor to why this reboot of VOLTRON is probably the most nuanced one yet. It speaks a lot about his ability as an actor from just using his voice alone.