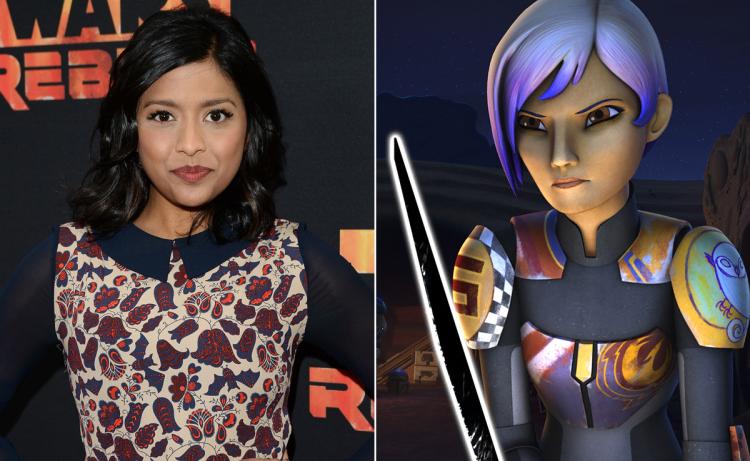 While Kelly Marie Tran will be making history as the first Asian American woman playing a main role in a STAR WARS film as Rose in the upcoming THE LAST JEDI, she is not the first one in the STAR WARS universe. That honor actually goes to Tiya Sircar, who voices the character, Sabine Wren, in the Disney XD series, STAR WARS REBELS.

In my not so humble opinion, Sabine is truly one hell of a character to watch in this series. She is a Mandalorian warrior who defected from the Empire and serves as a weapons expert for the Ghost crew; early members of the Rebel Alliance. A standout quality about her is that she’s a graffiti artist, as she likes to splash color onto everything that she can get her hands on; her armor, stolen stormtrooper helmets, even TIE fighters and other Imperial ships that she blows up.

Recently in the series, she has become adept in fighting with a lightsaber as well, despite not being Force sensitive. With the Darksaber in her possession, she has rejoined her Mandalorian clan and is leading the way in not only getting them involved with the Rebel cause, but also in finding a true leader of Mandalore.

We are starting to see an increase in Asian and Asian American representation in recent time in the STAR WARS universe, and the fact that that isn’t just limited to the films is great to see and hear. Sircar brings both fierce and vulnerable sides to the character, which makes her the layered yet beloved Mandalorian warrior fans everywhere know and look up to.

One Reply to “Before Rose, There Was Sabine”