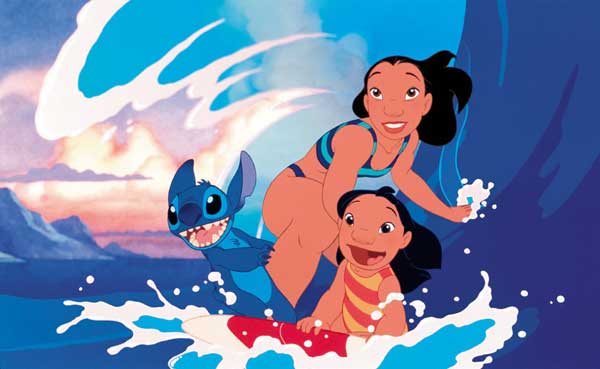 Disney has a lot of movies, so it’s hard to keep track of when specific ones have reached particular anniversaries. Well, for those who don’t know, consider this a friendly reminder that 15 years ago on this day, long before MOANA was even an idea, Disney made their first attempt at a film in a Polynesian setting when LILO & STITCH was released into theaters.

Yes, that’s right! It’s been 15 years since we saw the first animated feature film set in Hawaii; 15 years since Lilo met Stitch; and 15 years since the rest of the world learned that “ohana means family, family means nobody gets left behind or forgotten.”

It is not a perfect film by any means, but for a film that was released long before the overdue push for more diversity on screens, it is progressive in many ways. In Hawaii, where its tourism industry blossoms year-round, we got to see a local (Lilo) reverse the roles by having a very particular hobby for taking pictures of the tourists. We got to see the very real struggles of Nani and Lilo over making their little family work, amidst pressure from social services. This film is a family comedy-drama that starts off in space, before resetting in Hawaii, and to this day, I’ve never seen a film as genre-bending as that.

While LILO & STITCH does contain some reminiscences of THE UGLY DUCKLING, it’s otherwise an original story; a standout from a company that’s known for adapting folk and fairy tales for screen. It’s an original story that tells of how family dynamics come in different forms, but as long as the love is there, at the end of the day, that’s all that matters.

It’s been 15 years since LILO & STITCH first blasted its way into our lives, and I look forward to seeing future generations enjoying it just as much.