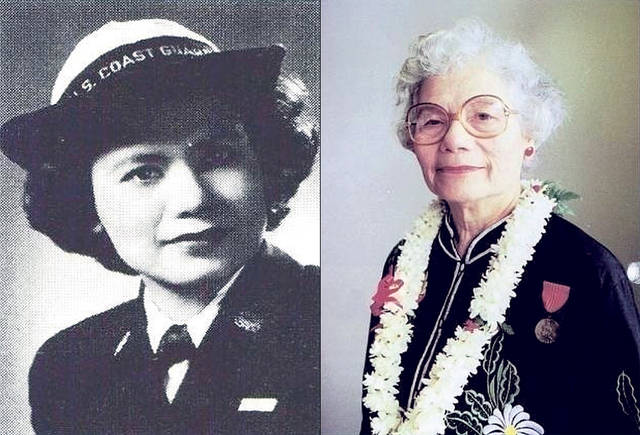 The New York Times ran a unique but moving obituary on Friday on Florence Finch; a Filipino American war hero who died at age 101 on December 8, 2016 in Ithaca, New York. Her story, as well as the near five-month delay of her memorial and funeral arrangements, are in part of her modest character when it comes to her heroic efforts during World War II.

Born Loring May Ebersole on October 11, 1915 in Santiago, Philippines, she watched as her country of birth fell under Japanese occupation in early 1942. Finch got a job with the occupying forces, writing gas rationing vouchers for the Philippine Liquid Fuel Distributing Union. What her employer didn’t realize was that she was working undercover as part of the Philippine Resistance.

Along with diverting fuel supplies and help obstruct shipments to the occupying forces, she also smuggled food, clothing, and other necessities to prisoners of war, until she was caught. Despite being interrogated and tortured, she never once betrayed her fellow resistance fighters. She was sentenced to hard labor at the Women’s Correctional Institution until she was freed by the U.S. army in 1945.

Finch headed for New York where she joined the Coast Guard Women’s Reserve. She became a recipient of the Asiatic-Pacific Campaign Ribbon and the Medal of Freedom, before being discharged in 1946 as a seaman second class following the end of the war.

For nearly five decades, her heroism went largely unknown by those outside her family. A modest woman, no suspicion of her past was detected by either her neighbors in Ithaca or her colleagues at Cornell University where she worked as a secretary. It wasn’t until the 1990’s where she was first publicly recognized for it; first when she completed a questionnaire for plans for a Women in Military Service in America Memorial in Washington D.C., and when a building was named in her honor in Hawaii.

Finch’s modesty also led to her to telling her family to hold off of funeral arrangements until the spring. Apart from not wanting it to interrupt the holidays and cause people to fly in less than ideal winter weather, she also had a strong affinity for spring. She was laid to rest yesterday with full military honors.

I was moved to learn of this story. It’s not that often that you hear of a woman’s heroism from a time as defining and as brutal as World War II. To hear of such a story from a woman who was born in the Philippines is even more unusual. I respect her for her bravery, for not everyone can say that they’ve been through and done what she has.

In fact, the day after the New York Times piece was published, I found out that my family had a connection to her. My great aunt, who also served as part of the Philippine Resistance, knew her from back then. In fact, whenever she made trips to New York, Finch allowed for her to stay over at her home. Much like Finch, my great aunt was also very modest when speaking of her efforts as part of that movement.

Despite Finch keeping quiet about this part of her life, I’m glad that her family is making it known to the public on just what an extraordinary woman she was. I hope for many more people to learn about her and her bravery in the future to come.