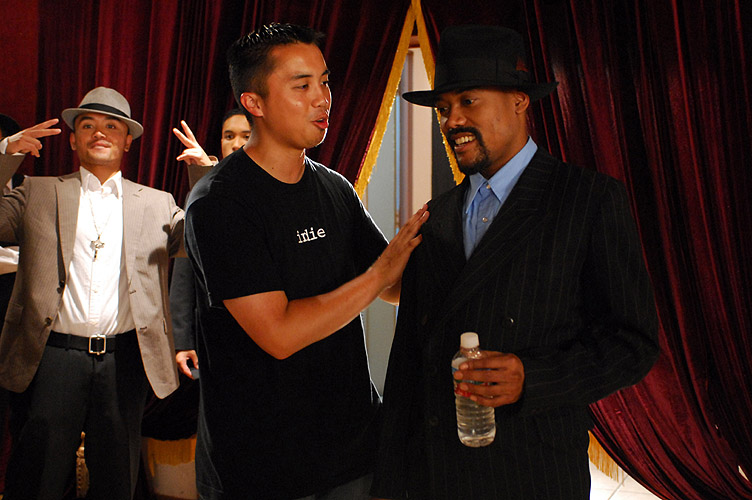 In acknowledgment of Filipino American History Month, film/music video director Patricio Ginelsa took to the Kid Heroes Productions Facebook page, to post and reflect back on a music video he directed over a decade ago; the music video for the Black Eyed Peas’ song, “Bebot,” off of their MONKEY BUSINESS album.

“[The label] went back and forth with the concept and I was honored they asked me to come back after the success of our ‘Apl Song’ music video; so much so that they included another Tagalog song on their followup album,” explained Ginelsa in a quick interview. “I had originally conceived a music video with both generations where it starts off in 1936, then it slowly becomes 2006, to showcase how Filipinos in America still know how to party after a full day of work.”

The label wasn’t interested in the concept, and he wound up being let go. However, a year later, after “Bebot” became an underground hit, he was approached again. Ginelsa, adamant about his vision, offered to do both versions of the video for the same price of one.

“They only wanted one version of the video, but I was so passionate to do the other,” he reflected.

The Generation One music video was shot on location in Los Angeles’ Historic Filipinotown and Stockton, on 35mm. For Ginelsa, the project made for the ultimate spotlight on the Filipino American community who lived there back then and now.

“I was friends with Dawn Mabalon and Dillon Delvo and I was so inspired with their grassroots efforts to preserve Filipino town in Stockton,” he said.

Unfortunately, the Generation One music video never got the approval from the label, for after Ginelsa turned both projects in, he was informed that only Generation Two would be used. That’s why Generation One was leaked online instead, in an era before “leaking” even was a thing.

“Bebot” Generation One wound up being screened at various film festivals, and in 2007, it won the California Preservation Foundation Presidents Award.

Over a decade later, Ginelsa looks back on the music video with good memories and one more to-do in mind.

“If only I can afford remastering it in HD,” he conveyed. “That’s on my bucket list.”